The photo I took was of Mrs. Dabney. I took a photo of her because she is very understanding and really nice. She is never scared to show her true self which is really cool. I would also like to add that she teaches very well and I’m mostly never confused which is always a plus. Overall, she’s just nice and a great teacher.

In my poser, I put images about mental health. I also added words to my poser. These words represent words that a people with a mental illness would say. I feel as if many people that have depression, anxiety, adhd, dipolar, and etc don’t get help because it can cost money. i got influenced by my aunt that has depression. She also tells me that if i ever felt in a way that doesn’t feel like happiness I should go talk to her because she knows how much money it cost to get help is. So, these are some reasons why I picked mental health.

The reasons why I picked these items was because if I were to be come a photographer full time I would want be a fashion photographer. While looking at the items I didn’t know which ones to pick so I looked it up say I should have the item that I would purchase if I were had a shopping spree was 10,000 dollars for photography.

While read two articles I saw that while taking wildlife you would want to buy Canon EF 24-105mm f/4L IS USM. with this camera you will get focused photos of the wildlife. The the camera you can “capturing animals in their natural habitats, especially exhibiting behavior” said by Ralph Lee Hopkins. In the second article I read that you should take Portrait Photography with neither  50mm f/1.2 and the f/1.4 or a  EF 100mm f/2 USM, the EF 100mm f/2.8 Macro USM and the EF 135mm f/2L USM. You can take portraits with any camera but you would want to get one that focuses right and you can take it in any lighting situation.

In ten years I want to do a lot with my life. I want to finish school and own my own boutique. In this boutique I would sell my own clothes that I would would make. I want my own home and maybe possibly a family but that’s is unknown. The way I put it is that i put together photos in a store that looks like a boutique I want. I then put images of thing I want within the next ten years. Overall I want my life together and as much effort made buy me.

one way to have stronger compositions when I’m behind the dslr camera or cellphone is by included a focal point. Another way would be that balancing the image diagonally. This will help balance weight of your subject by putting a object to fill space. A third way would be shooting in a lower angle, this will help by seeing certain detail of the object. The fourth on would be including foreground interest, with this it will help with dark tones and adding more to look at. The last way would be using leading lines. With leading lines it will help in your composition and make the object more appealing to look at.

JPEGs is more of the standard file format in digital photography. JPEG is the best-known file formats because it stores many images on one memory card. It different from others because it has different options levels of JPEG. Another than JPEG there is also RAW. RAW will give you the best file that your camera gives. It’s different from other files because it will be edited before using. From the two we can say that RAW is the better option. But in some cases, we cannot use RAW so the second best would have to be JPEG.

When learning about photo foundation. I learned about how aperture controls what passes through the camera lens at the time of taking the picture. Which also means the light that can enter when taking a photo. Aperture is also known as f-stop. F-stop is a slang photographer uses. Also, aperture is controlling the depth of field which is the space range of the objects that appear in sharp focus. When controlling aperture, I learned that when lighting halves, the lighting quadruples itself. Photographers learned all f-stop numbers when doubling or halving the light.  When learning about shutter speed I learned that. Shutter speed controls the exposure when taking a photo. Shutter speed controls incoming light from the camera lens as well. Shutter speed can capture the right lighting. This lighting can be slow or fast depending on the shutter speed. When it’s slow it mostly blurs or a slow the motion of a picture. While fast shutter speed it is kind of in the moment or the sharpness of the photo. While taking a sharp hand-held shot. Shutter speed depends on how steady your hands are but if your hands aren’t steady then use a tripod. While reading about ISO speed I learned. ISO speed controls how sensitive incoming light is. ISO and shutter speed are very similar in ways that they correlate 1:1 and this is the exposure that increases or decreases. What ISO speed mainly controls the images noise. Which is called low ISO and high ISO speed. Low ISO speed is more of a blurry picture (100 to 200). While high iso speed is a clear photo (400 to 800). This is what I learned about photo foundation. 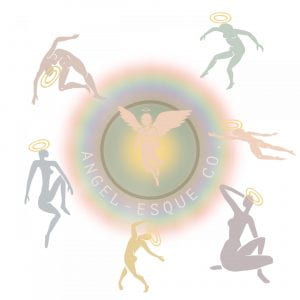 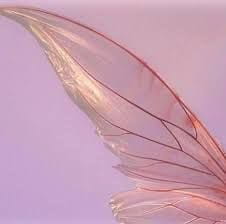 Hello, I am Emily Perez. I am a 16 years old student at Jurupa Hills High school. I have three sisters.